Helping on the spot, tearing down intercultural barriers, strengthening Europe!

Rock Music Can Change The World!

Fans of good music can make a difference! Inspired by Jon Bon Jovi , who has already built more than 250 houses for people in need, thirteen volunteers headed towards Romania in the beginning of October 2011. Overall, we travelled about 15.000 km , carried 500 kg of donationsand together we worked 500 hours in one week.

The trip took place in cooperation with Habitat for Humanity – Jon Bon Jovi has also successfully worked with this non-profit organization before. The amount of 10.000 USD from the Circle of Change Award *, received from Jon Bon Jovi in December 2009, was invested for a housebuilding project.

The small town is situated at the Danube, region Craiova, also known as “Small Wallachia”. About 4.000 people live in this rural area, most of them under the poverty line. It’s hard to be confronted with such terrible living conditions. The low level of infrastructure is obvious: no paved roads, just sandy loam. When it starts raining, everybody gets stuck in the mud. Most of the people are unemployed. As Romania is a very poor country, people cannot hope for public help or welfare, which means they have to get through on their own.

But there is still hope for a better future: Habitat for Humanity is building houses for a decent place to live. The families are carefully selected and receive help to help themselves.

The German team is cordially received by the people of Bechet. They may own little but they share it out with us. That’s how they remind us of the most important things in life: money can’t buy brotherly love, friendship, cohesion.

The Benefit & Joy team was split into three groups: the first one took the plane to Sofia, Bulgaria, and then went on with a shuttle service to the boarder in Orjachowo where they took the ferry across the Danube. The other two groups hit the road in separate cars (both sponsored) in order to transport as many donations as possible.

In the beginning of October 2011, after a long period of planning and organization, 13 volunteers (11 women, 2 men) aged between 20 and 57 years headed towards Romania.

On Sunday, 3rd of October, 7 pm, all the participants have gathered in Bechet. After this journey, the drivers will have travelled about 10.000 km through appalling road conditions. Together with the air travelers this amounts to 15.000 km in total.

The Benefit & Joy team carries about 500-600 kg of donations: clothing, toys and bicycles for children, office equipment, toiletries, etc. With the help of Mia Iordache from Habitat for Humanity Romania, the donations are given out to some needy families at the construction site.

Another package goes to the primary school of Bechet. To show us their thanks, the principal invites us to the town hall of Bechet to watch a fantastic folk performance of the children!

The biggest part of the donations is given to the people of Bechet on Friday, 8th of October.

Housebuilding for the Glavan Family

The team of Benefit & Joy is going to work on the interior of the house of Costel (28), Girogeta (24) and her six months old son, Kristian. The Glavan family participates in the Habitat for Humanity program for a decent life in an own house. Costel works at the local patrol station and earns about 120 Euro a month. Giorgeta is staying at home. Together with five other family members, they live in a small mud hut without sanitation and heating. They only have one room of about eight square meters without daylight.

The Benefit & Joy team starts working on Monday, 4th of October. We are all extremely motivated and seem to work faster than expected: Mircea, the construction manager, really gets into a sweat, because we seem to have almost fulfilled the target of the week in one day! So he splits the team and we continue our work on two more houses. We insulate the houses from the interior, which includes several steps of cutting and fixing different materials to both walls and ceilings: mineral wool, foil, plasterboard. Furthermore, Costel’s house gets an exterior insulation with Styropor panels. The panels have to be cut and concreted precisely. Once again, the German team seems to astonish the Romanian helpers: After a short briefing everything goes on fast and smooth.

At the end of the week there is no material left although the construction crew brought in new supply in the middle of the week. The Benefit & Joy team brought in 500 hours of work. Costel’s family will soon be able to move into the new house.

On Friday evening the whole team gathers in front of Costel’s house. Construction manager Mircea and Mia Iordache from Habitat for Humanity Craiova speak about our team in a very emotional and appreciative way. Every participant receives a certificate.

It was an outstanding experience for us to not “only” donate some money but to also help on the spot. Every single team member became an indispensable part of a strong chain which not only gave a home to other people but also created an inner bond that will last forever. 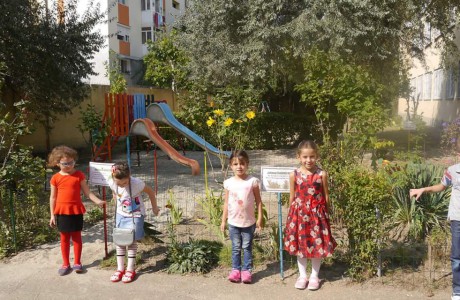 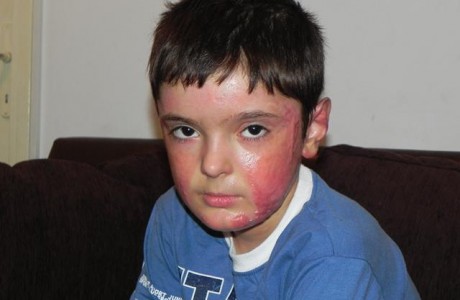 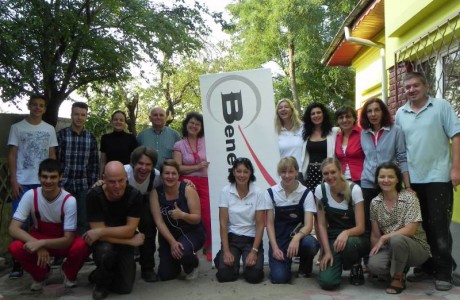 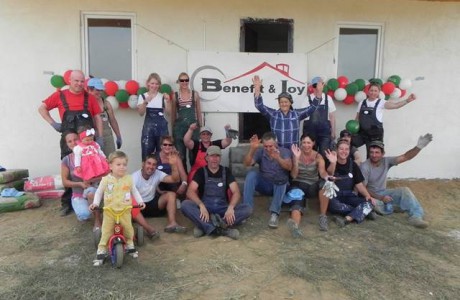